We are a team of dedicated, passionate and skilled event marketers who thrive on crafting brand experiences to exceed our clients’ unique business objectives.

With over 50 years combined professional expertise in global event strategy, production and logistics experience, the Event Marketing Partners team has learned that delivering on-time, on-budget projects means it’s important to work smarter, not just harder. We’ve also learned that it’s important to value our customers, learn what is important to them, help them achieve those goals, and have fun throughout the process.

While our team credentials include previous leadership roles at the big-name experiential agencies, it is our current business model and size that set us apart. This structure allows for these individuals’ direct involvement in your brand: no layers, no top heavy management, no massive overhead to burden your budget. Just the best strategic, creative and execution talent zeroed in on helping your brand achieve its event marketing goals.

For more than 25 years, Gordon has lead teams that help clients achieve their business goals & marketing objectives through face-to-face marketing. He is active in the industry, including sitting on the Board of Directors for the Corporate Event Marketing Association (CEMA), founding the Technology Event Marketing Strategy Council, and was on the leadership team of industry tradeshows & conferences such as the PC, Unix, and Networks Expos.

Gordon has led Event Marketing Partners since 2009 with substantial year-over-year growth. He is focused on evolving event marketing, understanding industry trends, and sharing best practices. His clients have included Fortune 500 companies, such as Hewlett-Packard, Microsoft, Intel, Dell, SAP, Symantec, and Schneider Electric, as well as the emerging brands ExactTarget, Yext, and NPD.

Tricia brings over 30 years of event and hospitality experience from the Walt Disney Company to Event Marketing Partners. Tricia’s range of Disney responsibilities included catering, convention/meeting services, event management and sales, provided her with an in depth understanding of all facets of program strategy, management and execution.

Tricia believes in building relationships with her clients that are built on trust, commitment and an unsurpassed attention to detail. She has worked with such well-known companies as ExactTarget, Ciena, Amway, Citgo Petroleum, Hewlett-Packard, Honda Equipment, Kodak, SAP, the Port of Long Beach, Commvault, Symantec and Schneider Electric to name a few.

Kristin’s extensive knowledge of the event planning and hospitality industry has been sought out by some of the most well-known and respected Fortune 500 companies in the United States. Her proven ability to assist and consult clients in all phases from strategic concept development to event execution, paired with her commitment to excellence, generates true client confidence and ensures that every event vision will be achieved and exceed expectations.

Kristin’s employment with organizations such as Hard Rock International, The Walt Disney Company, and Universal Orlando Resort have allowed her the opportunity to hone her skill set in a variety of functional areas. Some of her noteworthy accomplishments stem from the management and leadership of highly visible projects such as Grad Bash at Universal Orlando and the development of the Off-Site Catering and Events business at Hard Rock International.

The vast experience of marketing, sales, budget management and event implementation gained throughout Kristin’s 15+ years in the industry has allowed her to service and produce high-end corporate functions, leadership, sales and customer conferences, fundraisers and large scale marquee events.

Lara has managed and produced events for Fortune 500 companies, associations and the private sector for more than 20 years. Her extensive experience, knowledge and expertise in all aspects of event management has allowed her to work on many diverse client programs across multiple industries including, technology, financial, retail, pharmaceutical, food + beverage, fashion, beauty and music.

From being involved in every stage of the event from inception and strategic planning through to onsite execution and post event analysis, Lara has produced events such as, roadshows, conferences, symposium, conventions and exhibitions, to social events, banquets, national and world championship events for clients across the UK, Europe, USA and Asia.

Lara lived in London, UK, until July 2005, at which time she moved with her husband and children to sunny California, USA!

Audrey brings almost 25 years of event marketing and communications experience to Event Marketing Partners. She has a unique 360° view of events from working as a supplier, with an agency and most recently on the client side developing and executing content and programs.

Audrey’s more than twelve years with the Walt Disney Company taught her that the client experience and relationship are critically important. She excels at project management and is proficient in all phases of the event process from identifying target audiences, developing event strategy, budgeting, planning, execution, and evaluation. Some of the groups she has worked with include ExactTarget, Ciena, Hewlett-Packard, SRC, the Orange County Great Park, SAP, the Port of Long Beach, and Facebook.

She has been a Certified Meeting Planner (CMP) since 2000 and a Certified Sommelier since 2004 and is also an active member in Meeting Professionals International (MPI).

Andy has 25+ years of successful sponsorship strategy and sales experience within the event marketing industry including the planning and execution of selling high value marketing programs through both face to face and telesales activities. Andy’s strength is assessing the current sales process, determining the appropriate course and implementing an effective and thriving sponsorship sales strategy.

For most of his event sales career, Andy has focused within the IT industry by selling exhibit space and sponsorships to key accounts for a variety of trade shows, corporate user conferences and association events. He has extensive experience in all aspects of events; and a thorough knowledge of the process and procedures within client companies.

Over the years, Andy has developed many strong relationships and enjoys getting the work at hand completed. He has learned to maximize networking opportunities to meet marketers at all levels within numerous organizations. In addition, Andy has fine-tuned his ability to up-sell and cross-sell within these companies by listening and understanding the clients’ event marketing objectives.

Andy brings his talents and experience to EMP at an opportune time with many clients expressing a desire to improve efficiencies and increase sponsorship income to maximize their events’ revenue potential.

With her career split between the​ client and agency sides, Angela ​brings a keen sense of ​accountability to organizational goals along with proven experience at crafting plans that build and extend relationships, create awareness and drive demand. ​

She is a talented strategist who has spent the past 25 years demonstrating her ability to help organizations achieve their marketing objectives. Angela and her team thoughtfully work with clients to thoroughly understand the needs and expectations of each stakeholder segment. This understanding drives spot-on experiences, engagement and messaging. ​

Her experience spans tech, healthcare and education. Smart strategy and exceptional execution are at the heart of every plan that Angela helps create.

Carrie has a Marketing degree from Clemson University and has over 20 years of experience in event marketing. Much of her career has been in an agency setting where she worked with clients in the IT industry. Her client list includes IBM (multiple divisions and acquisitions, including Lotus Development Corporation and Sequent Computer Systems), and most recently, Symantec and Veritas.

She has managed multi-city roadshows, regional and national tradeshows, and has supported multiple event registration projects. Carrie has also worked with IBM’s training division and was responsible for managing remote staff as well as sourcing classroom rentals nation-wide. Each event brings new challenges and learning opportunities and Carrie is always looking for ways to help clients improve processes.

Carrie prides herself with attention to detail, customer-focus, ability multi-task, and work with internal and external teams. She is budget-oriented and will find creative ways to make sure client events are delivered on-time, all while ensuring that objectives are achieved.

For over 25 years, Mark has created some of the most notable experiences around the world.

Two of Mark’s favorite projects were LEGOLAND, California and VW’s AutoStadt where he served as one of the Design Directors for world-renowned Leisure Entertainment Design firm Jack Rouse Associates. Mark has worked on projects large and small for every major attraction company in the world including Disney, Universal, Warner Brothers, Paramount, Sea World, Busch Gardens, Six Flags and Twentieth Century Fox. 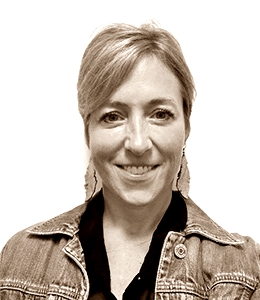 Diana comes to us from the publishing industry where she project managed and created advertisements in publications, newspapers and online. Her attention to details and project management skills led her to understand the client’s needs and develop long lasting customer relationships. She joined us in 2013 and has worked on multiple event projects in both pre-planning and onsite execution for Schneider Electric, ExactTarget, MECLABS, Ciena and Adap.TV including management of ancillary meetings, signage, housing and transportation.

Kristin has enjoyed managing, planning and working on events for clients such as: GE Healthcare, eBay, Google, Schneider Electric, Lexus and others.

Lorie has over 30 years’ experience in Event Management and Food & Beverage. Lorie spent 23 years at Walt Disney World where she worked in Restaurants, Clubs, Banquets and Convention Services.
While at Walt Disney World, Lorie worked with various clients such as IBM, aol, NextGen, Microsoft, ASAE and many, many more. Lorie is a graduate of Purdue University and has both her CMP and Entry Level Sommelier Certification.

For the last six years Lorie has worked as a Meeting Planner, Consultant and Trip Director for a variety of clients including Signet Jewelers – the largest jewelry company in the US, and Disney Institute – the seminar branch of the Walt Disney Company.

A South Carolina native who has resided in Atlanta, GA over 18 years, Nickie has over 23 years of experience in the meetings, incentives, convention, conference, and event marketing industry.
She is a proven high achiever as an International Travel Director with operational excellence in hotel and unique venue sourcing; procurement; pre-planning; contract negotiations; onsite logistics; décor; audio-visual services; destination and staff management. Her clients include pharma, major food service brands and retail chains, as well as communications and technical companies.

Nickie has been described by many of her colleagues as a personal and professional multi-tasker; thorough with follow-through; detail-oriented; budget conscious with customer savings as one of her top priorities; dependable; A-personality; a leader; a go-getter; independent but team oriented….and always ready for a challenge or a mentoring opportunity!

When not traveling for her career, Nickie enjoys spending quality time with her Clemson University sweetheart and husband of 18 years and their two teenage sons. You’ll most likely find her cheering for them at swimming, baseball, or soccer. She herself also loves a competitive tennis match, antiquing, and the lake.

Rom brings over 20 years of event marketing experience to EMP. He has managed international and domestic events for a number of high-tech clients including NetApp’s Global Users Event, Insight, where he managed sponsorship for the US and Berlin based events. He also supported Atmel Corporation’s global events and strategic event planning. As a member of Hewlett Packard’s Software Marketing team, Rom managed strategic events and was responsible for sponsorship, speaker & content management, and exhibits for the HP Protect Security Conference.

Formerly, Rom spent 7 years as Sr. Manager with Adobe’s worldwide trade show and events team where he had responsibility for their Enterprise and Developer Trade Show planning and execution including management of the Adobe MAX Users Conference.

In past roles he has managed the trade show department for Informix Software and the Marketing Events. His career began in public relations working for Ringling Bros. Barnum & Bailey Circus and has held account executive roles on the agency side managing events and field programs for Fortune 500 companies like Apple, HP, Nintendo, Canon, Coke Foods and Ziff-Davis.