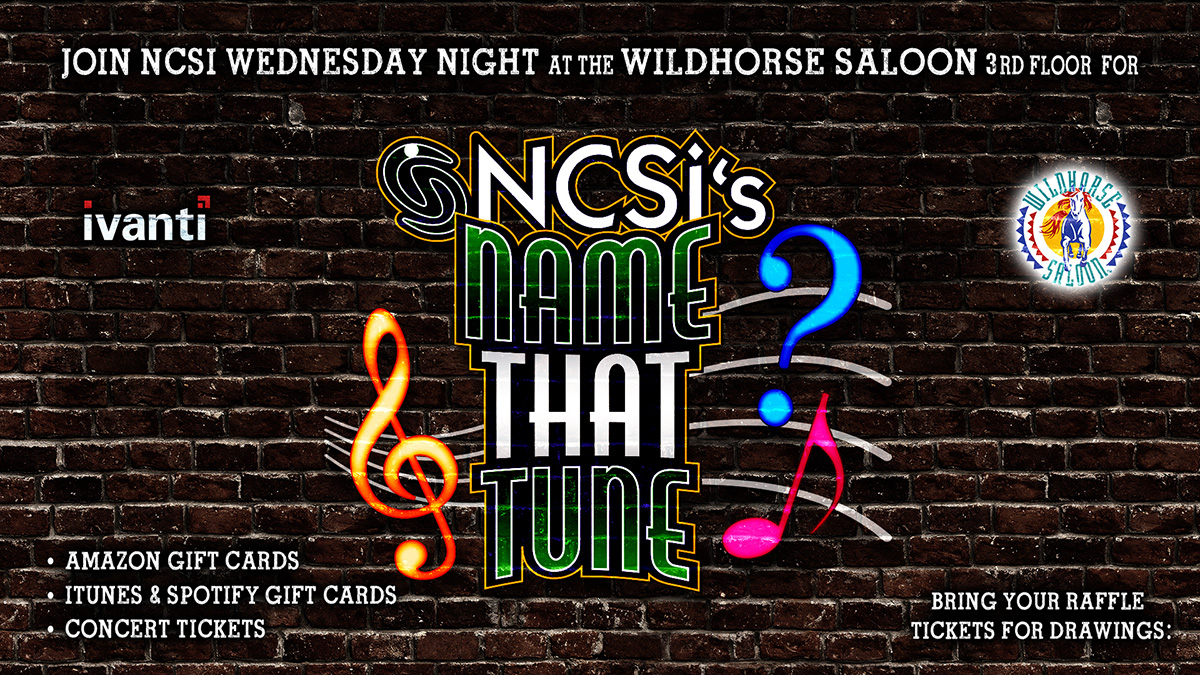 As event marketing professionals, we often hear the term ‘Experience Design’ applied to ‘Attendee Journeys’ from the perspective of the conference. Host companies and their agencies put very detailed plans into play, typically marketing to their target audiences prior to the launch of registration through post event (for varying lengths of time).

As a sponsor, are you applying a similar strategy to attendees, both customers and prospects? Network Consulting Solutions, Inc. (NCSi) employed experience design to its sponsorship of this year’s Ivanti Interchange, Nashville (April 29 – May 2). This became abundantly clear when I spoke with John Bartz, Marketing Director at NCSi following the conference. Spoiler alert: As John said during our conversation, “this isn’t rocket science”, but NCSi’s approach to their sponsorship pays-off not only at the event, but is expanded into, essentially, a 12-month marketing campaign. NCSi does not do this in a vacuum.

A key component of their marketing plan for Interchange is its host, Ivanti. NCSi’s relationship is symbiotic in nature with Ivanti Interchange and focused on the attendees. John’s team, from the onset of creating its attendee experience, ensured that it tied-in with the overall event theme, as well as the city and property. NCSi set out to enhance Interchange; kicking it up a notch, if you will.

NCSi, as they have done for the past several years, sponsored both the Ivanti Interchange and the Closing Party. They also do what an increasing number of sponsors do: customized their sponsorship. The key component was to upgrade their booth property to the next level. This investment not only provided NCSi with a bigger presence on the Expo Floor, more importantly, it allowed them the space to offer more engagement opportunities tied to the rock-n-roll/Nashville theme. NCSi purposefully “created chaos” (AKA: Fun!) in the form of a ‘Jam’ – a ‘red thread’ which wove through the experiential marketing for their sponsorship, tying each component together. NCSI’s Jam was not only focused on the musical theme of the Interchange and Nashville, but was also a nod to Ivanti’s Unified IT Pillars of Expertise (IT Asset Management, Identity Management, IT Service Management, UEM and Endpoint security). This also allowed NCSi to engage with attendees by asking or identifying each person’s Jam (Unified IT Pillar of Expertise), including:

NCSi’s ‘Jam’ at Ivanti Interchange was central to its event sponsorship goal with its current customers to upsell and services opportunity to drive them deeper into the Ivanti brand by owning more software products. However, it is important to note that their marketing campaign began in February and focused on driving awareness of both their sponsorship and Interchange itself, which helped drive attendance. In fact, for the months leading up to Interchange, NCSi created a 5-week webinar program explaining the pillars of the ELA and pre-marketed “teasers” about the campaign via email and direct mail. Plus, just one week after the event, NCSi held a debrief webinar for both attendees and non-attendees with an offer for show T-shirts if they didn’t attend Interchange. Through year’s end, NCSi will continue to nurture relationships with Interchange attendees via web event invitations based on their segmentation captured at the show. And of course, NCSI concierges will dial out to them throughout the year to check-in with them. The bottom line when it comes to sponsorship? As John Bartz sees it, “Attendees come from far and wide to attend these conferences hosted by technology companies for education purposes, but they’re also there to be entertained. Show that your company has a personality – have fun with them and use your sponsorship to start building relationships and foster existing ones”. John closed with, “We don’t do big shows unless we have a strategic plan based on our expected outcome – begin with the end in mind”.